Bob Frutos was elected to the Burbank City Council in May 2013.  Bob loves Burbank and enjoys serving his community.

He currently serves on the Burbank Audit Committee, Board of Library Trustees, Burbank Police Commission, Sustainable Burbank Commission and Liaison to Burbank Board of Realtors and he is a member of the Burbank Fiscal & Treasurer’s Review Group.

In 2003, prior to his election to the Burbank City Council, Bob was appointed to the Burbank Police Commission and served as its Chairman for two years.  He served as a member of the Burbank Charter Review Committee and sub-committee.  Bob also served for over five years on the Board of Directors of the Kids Community Dental Clinic until being elected to Council in 2013.

As Vice Mayor, in 2014, he suggested hosting the city’s first-ever “Rock-a-Hula” pool party for older adults. This became an annual event until 2020 due to the COVID-19 pandemic.

In 2015, then Mayor Frutos encouraged the Burbank City Council to host the first ever Open House to reach out to the community.  The Open House was a well-attended annual event until 2020 due to the Covid-19 pandemic.  Bob continues to encourage residents to get involved in local government.

Bob was honored to have pitched a creative idea to the professional and talented staff in the Burbank Public Information Office.  Bob wanted to showcase Warner Bros. and interact with a cartoon character during the video for the State of the City. Then-Mayor Frutos’ 2015 Burbank State of the City: “Drawing Power of Burbank”  video was nominated and won an Emmy Award in the “Information Segment” category.

In 2021, as Mayor, Bob saw the need to work together with the Burbank Chamber of Commerce to help out local restaurants with their recovery from the economic impacts of the Covid-19 pandemic. This resulted in a fun and successful “Chow Down Burbank”, 90-day campaign to encourage residents to dine out or dine in to support local restaurants and win prizes.

Bob was committed to community service at a very early age. Growing up he was an active member of the Boy Scouts and the Police Explorer program that molded his professional career.  During his 28 years of public service in Law Enforcement, he learned the value of working with residents, businesses and neighborhoods in a collaborative effort to find solutions to complex community issues. Bob enjoys working as a Reserve Police Officer.

Bob has been a resident of Burbank for 29 years. He is married to Laura and they love their two dogs, Cider and Katarina.

“I remain committed to being responsive to the concerns of our community and together we must work collaboratively to protect our neighborhoods from State mandates that will change our city forever.” 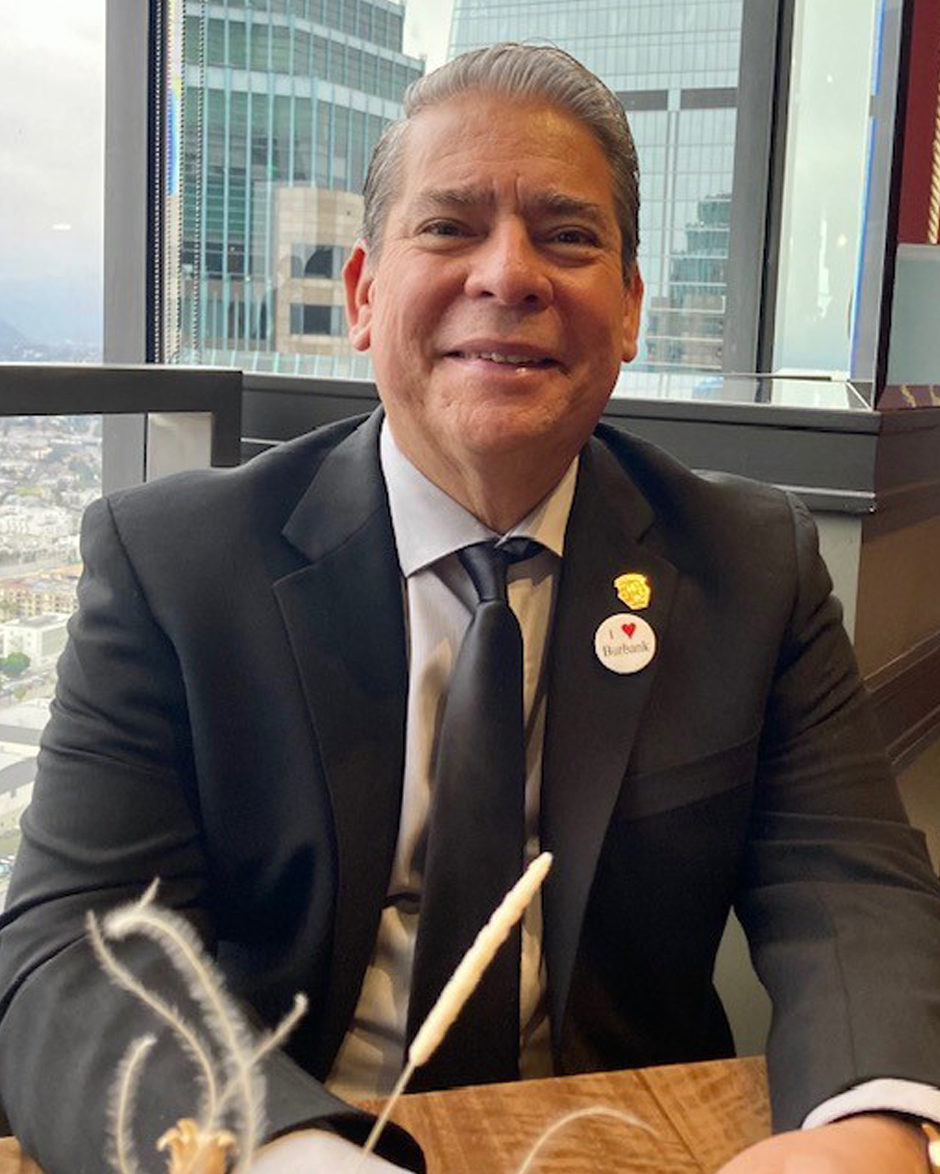