Justin has been with the City of Burbank for more than 20 years, beginning his public service as an intern in City Planning. Since then, he has held many positions including Assistant City Manager, Financial Services Director, Management Services Director and Community Development Director.

As the City Manager, he serves as Chief Executive Officer - directing the operations of the City based on the policies set by the City Council.  He oversees a full-service city made up of 15 departments - roughly 1,500 employees combined.

He is a long-time member of the International City/County Management Association and recently received his ICMA Credentialed Manager designation. He is also Vice President of the California City Management Foundation (CCMF) and a member of the Municipal Management Association of Southern California.  Justin also serves as Vice President of the Cal Cities City Managers Department.  He was recently presented with the highly regarded "City Manager of the Year" award by CCMF for his exemplary service.

Justin earned a B.A. in Political Science from the University of California, Los Angeles (UCLA) and is a graduate of the Executive Master of Leadership Program at the University of Southern California (USC) School of Policy, Planning and Development. 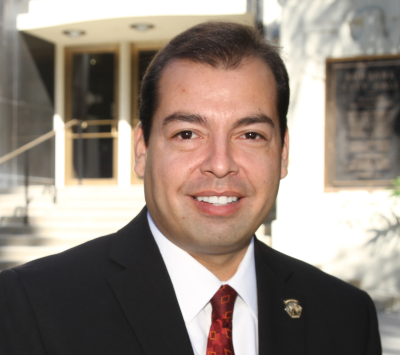